A Deobandi query on Taqwiyatul Iman

A sunni scholar wrote the following statement with reference:

“Every creature, be he big (a Prophet) or small (a non-Prophet) is more lowly than even a cobbler before the glory of Allah”.

Can you let us know whether the bolded part was mentioned in the original work? 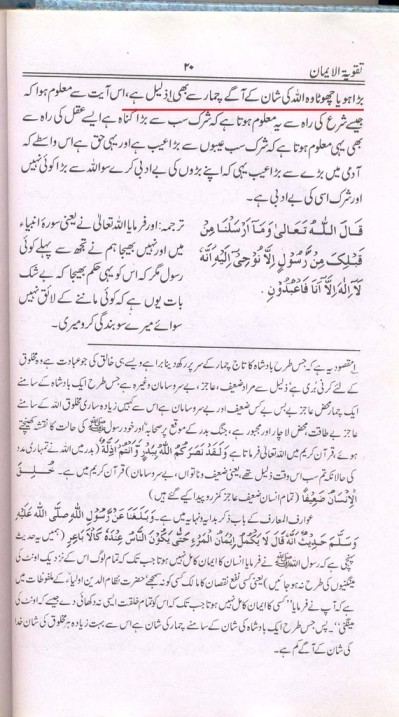 Translation : Every creature , be he BIG or small is more lowly than even a cobbler before the glory of Allah.

Now the question raised by Bro Junayed: From where has Allama Amin Okarvi (Rh) got that word*Prophet*, which he uses in bracket to explain BIG CREATION?

A few pages later, the author of Taqwiyatul Iman ( Mawlana Ismaeel Dehalvee) HIMSELF explained what/ who are “BIG CREATION”. 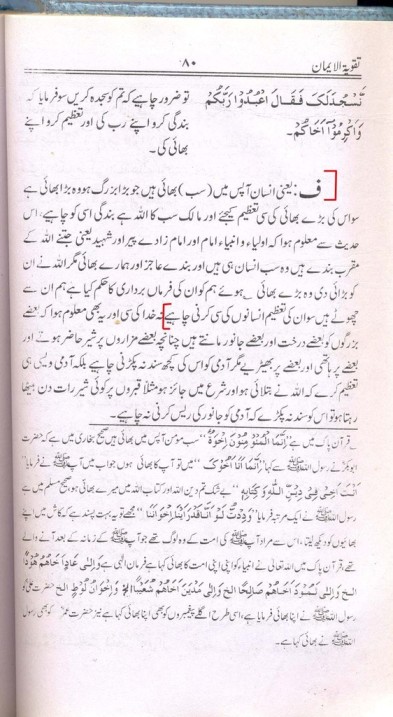 ” It means all human beings are brothers to each other. The one who has higher status he is like an elder brother, so he should me respected like an elder brother and Alllah is the owner of everything and He alone should be worshipped. From this hadith we come to know that Awliya and Anbaniya, Imam and their sons, spritual guides and martyrs, that is ALL THOSE WHO ARE CLOSER to Allah, every one is a human being and powerless and our brother.BUT ALLAH HAS MADE THEM BIG CREATION/ elevated their status, they are like elder brother. We are told to obey them. We are lower than them, hence these should be respected like human beings”.

This makes it very clear that from where did Allama Okarvee ( and all the sunni authors) take that meaning of BIG CREATION as ambiya and awliya.

It is no fabrication. No mistranaltion. It has only provided that information present some where else in the same book.

Also , the word Chamar does mean ” Cobbler’ . But it is known to all urdu readers that it is the sense of usage which gives meaning. The word chamar is used ONLY FOR disrespect/humiliation. So a man , might shouut on his friend and say’ why are you dirty like a Chamar’, even though the ‘ chamar’ ( cobler) in their area might be having an AC shop and he might be very clean.

Yes , for those who have till now , not read taqwiyatul Iman , might ask the same question which Bro Junaid asked.