Continuning their practice of fabricating Islamic books , deobandis have now  fabricated a book written by one of their cult leaders!

Ashraf ali thanvee al deobandi wrote Nashr ut Teeb fi Dhikr il Nabbiyal Habeeb. [The Radiating Scent in the Beloved Prophet’s Dhikr] . This book has some contents about which deobandis are not comfortable .

Ashraf Ali Thanvee al deobandi writes in  the introduction to Nashr ut teeb: “  It is written in the introduction to  the book hisn e hassen that the author of  Burdah was struck with  paralysis .When all medical help became useless, then he wrote this burdah for blessings( barakah) . He was blessed to see( vision of ) prophet( sal allahu alayhi wa sallam).The  prophet ( sal allahu alayhi wa sallam) moved his hand ( over the body) and he  was immediately cured”. [ Nashr t Teeb, page 2]

It is seen that this incidence  has been mentioned by Allamah Muhammed bin Muhammed Al-Jazri Al-Shafi’ee ( died 833 AH) in his book hisn e haseen and it clearly proves that prophet is  dafi’ al-bala’I wal- waba’I wal-qahti wal- maradi wal –alam [One who repels calamities, epidemics, droughts, ailments and anxieties].

The deobandi scholar Rasheed Gangohi said that Darud Taj should not be recited as it is shirk  because  it contains this line “ dafi’ al-bala’I wal- waba’I wal-qahti wal- maradi wal –alam”. This was refuted by many scholars of Ahlus sunnah.

Whenever a sunni lay man had debate with deobandi scholars ,on prophet being called dafi’ al-bala’I wal- waba’I , this evidence was presented to the deobandi scholars , reminding them that this has been mentioned in the book written by their own cult lader!

Deobandis were always in an awkward situation  to face this evidence . So,in  this latest edition of Nashr ut Teeb, the foreward has been removed  because it mentioned this incidence.

In  chapter 21, Ashraf ali thanvi al deobandi has written a poem in Arabic and he himself provided the urdu translation of this poem.

The poem is lengthy and shows  istighatha practiced by Ashraf ali thanvi. This was one of the evidence presented by the sunni  layman to deobandi scholars  showing the permissibility of istighataha.

Since istighataha  is shirk as per other deobandis  and they would  not like to call their leader as  mushrik , they have deleted this complete poem  from the new edition. 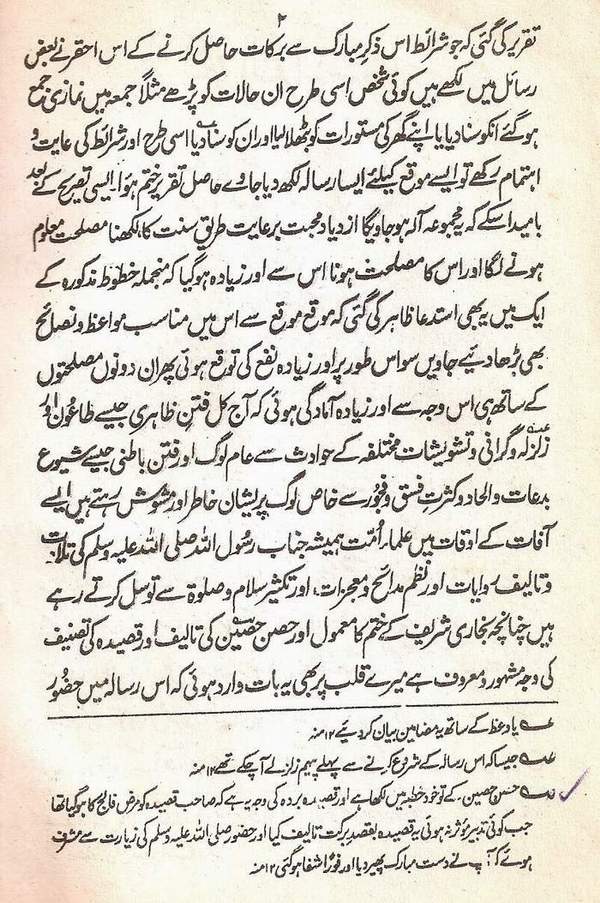 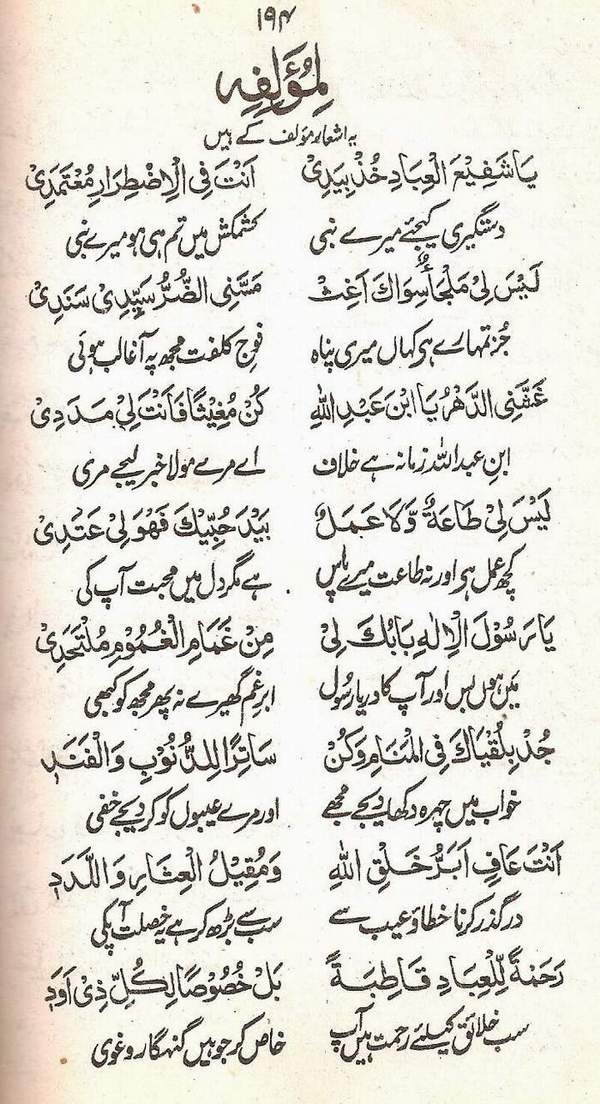 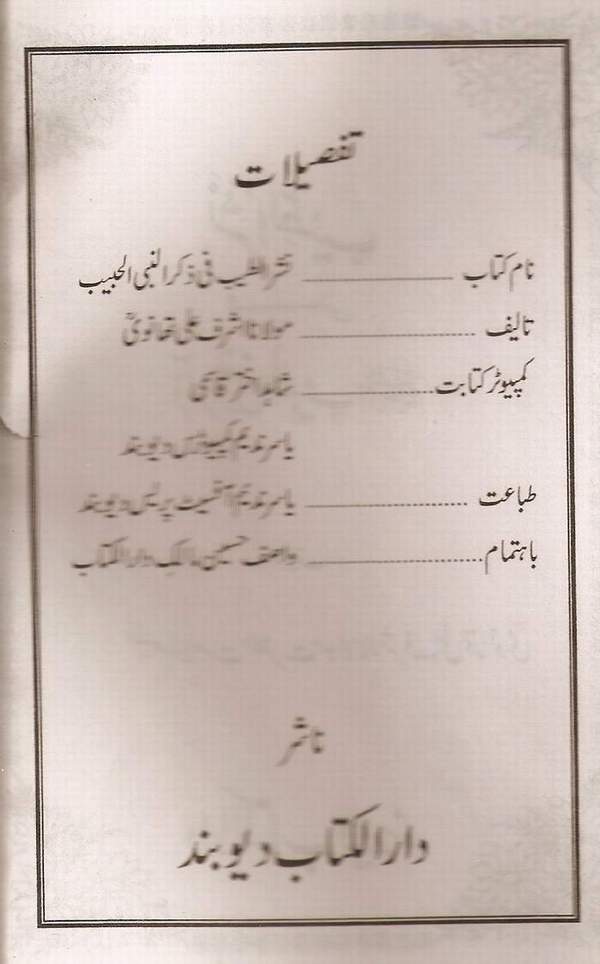 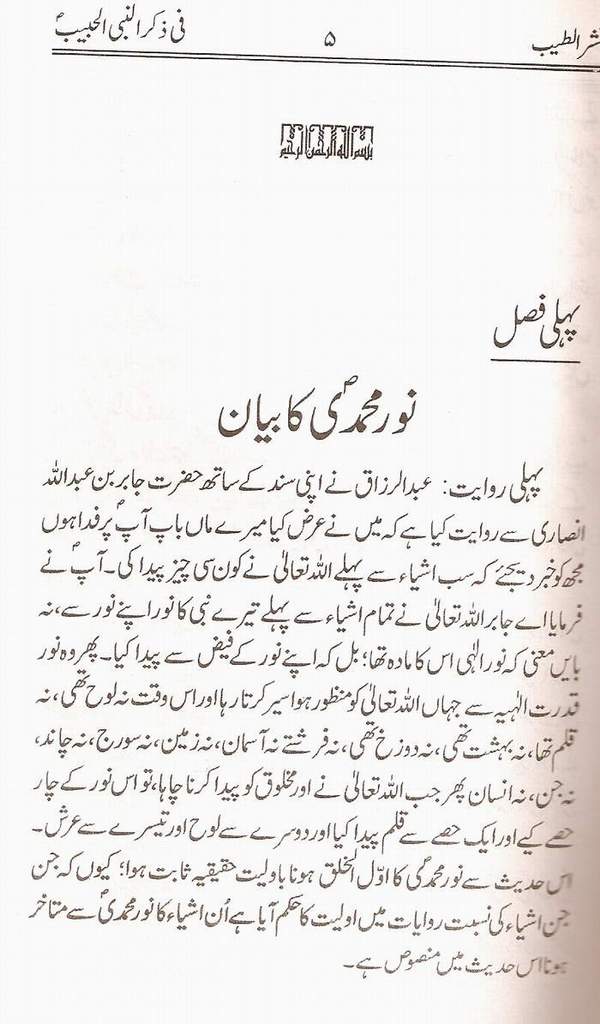