The Wahabis have done it again!  This time they have been caught fabricating Ghuniya Al Talibeen written by Sayed Shaykh Abdul Qadir Gilani

Under the chapter of “Taraweeh” , all the printed editon of Ghuniya Al Talibeen  has  twenty rakats . Shaykh Abdul Qadir Gilani [ Radia allahu ta’ala]  writes ” The  rakats for Taraweeh salah is TWENTY” . This is also found in the manuscripts  of Ghniya Al Talibeen  , as told by sidi sunnimale  from Marifah Forums.

Till this date, all the printed edition of this book has “Twenty Rakat of taraweeh”. But now the wahabis have fabricated this and have published a wahabi version of Ghuniya Al Talibeen which has 11 rakat of Taraweeh which includes three rakat of witr. That is , the wahabis have stated that the number of rakats of tarawweh is eight ! [ 8 ( taraweeh) + 3 (witr)].

All the four school of Jurispudence( Fiqh) , all the salaf as saliheen have narrated the rakat of tarawweh as twenty. Till this date , the  number of taraweeh rakat perfomred  in madina al munawwara is twenty .

All the muslims are united since last fourteen hundred years that the number of rakat for tarawweh salah is TWENTY.

Only the wahabis [who follow Ibn Abdal wahab najdi al tamimi , Albani  and his company] adhere to EIGHT rakat Tarawweh which has no basis in Fiqh.

This , as well as the manuscripts and all printed edition says TWNETY RAKAT tarawweh. 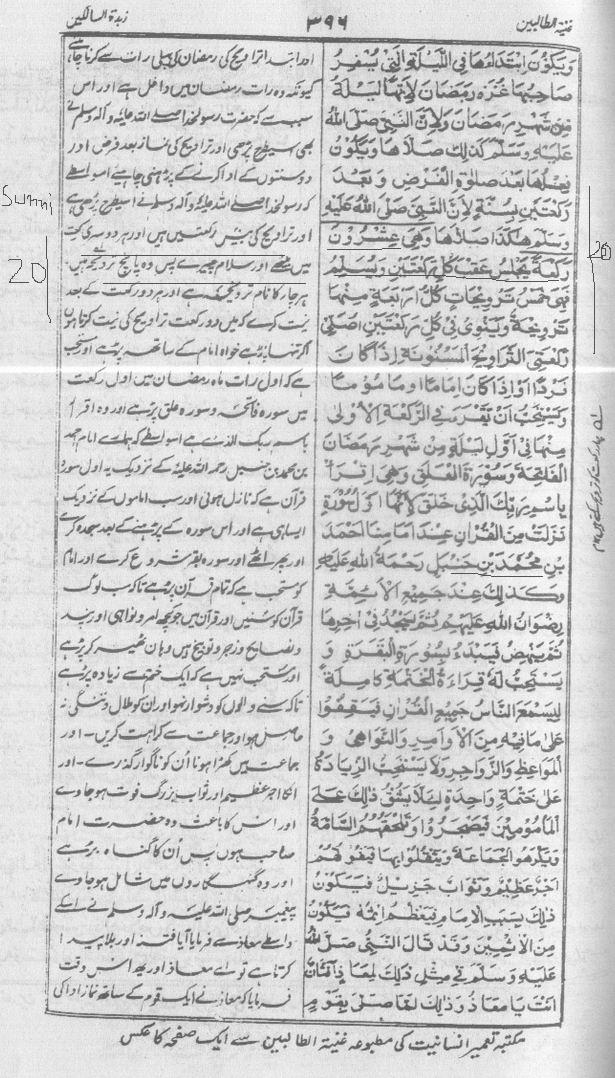 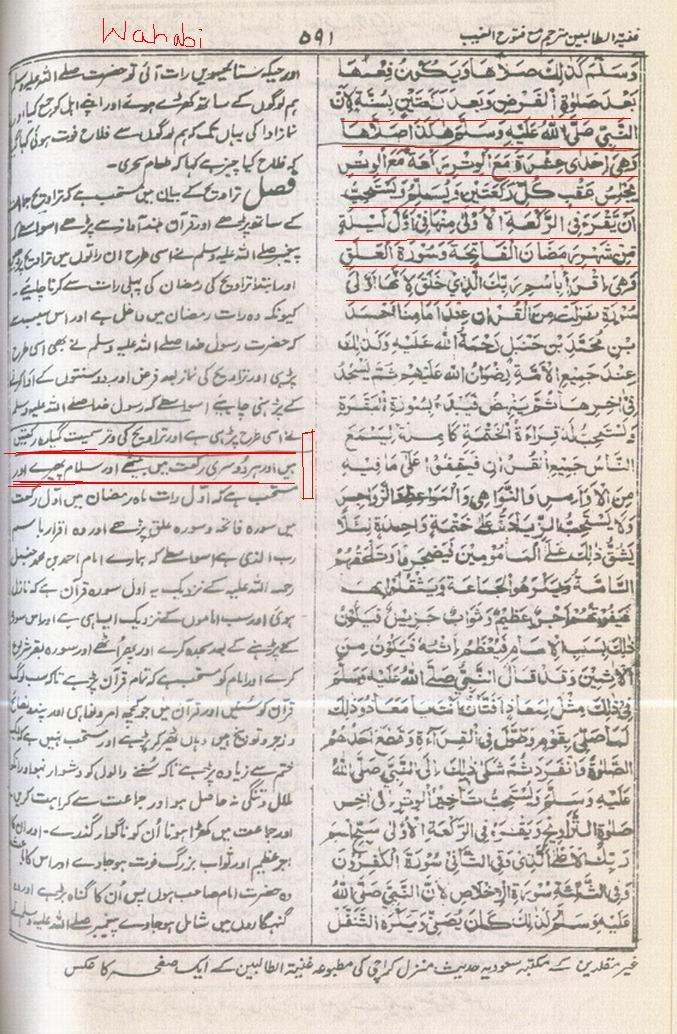 Note : Wahabi sympathisers can give  benifit of doubt to thse wahabis by stating: “it was a printing error” !

Insha Alllah more wahabi fabrications will be brought in the future.