Abdur-Rahman bin Ghanum said that Abu Musa al-ash’ari gathered his people of the Asha’ri (tribe) and said: O People of Ash’ari tribe come gather with your women and offsprings so that I can teach you the Salaah of Messenger of Allah (Peace be upon him) as he used to pray in Madina, (after this) he performed ablution clearly in order to teach everyone how It is to be done, then he stood and proclaimed Adhaan, the Men gathered near him and made a row for Salaah, behind them stood children and behind them stood women, after this Iqamah was said and he (Abu Musa) moved ahead to lead them. He raised his hands and said Allah hu Akbar (for the first Takbir),Then he recited surah Fatiha and some Surah, after this he said “Takbir” and went into Ruku where he said thrice: “Subhan Allah Wabihamdi” after which he raised while saying Sami Allahu Liman Hamida and (they) stood straight, after this Takbir was said and they went into Sajda,then Takbir was said again and they raised their heads from Sajda, again Takbir was said and they went into Sajda and then again Takbir was said and they stood (back) again, like this there were three Takbirs in the first Rakah, during second he also said takbeers and finally after finishing the Slaah he faced his nation and said: Remember my way of doing Takbir, going into Ruku and Sajda because this is the Salaah of Messenger of Allah which he used to pray with us during daytime. [Musnad Ahmad, Volume 016, Page No. 463, Hadith Number 22804] 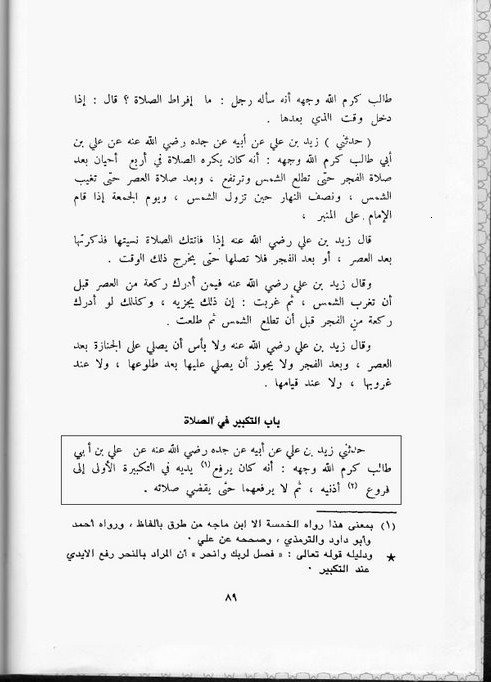 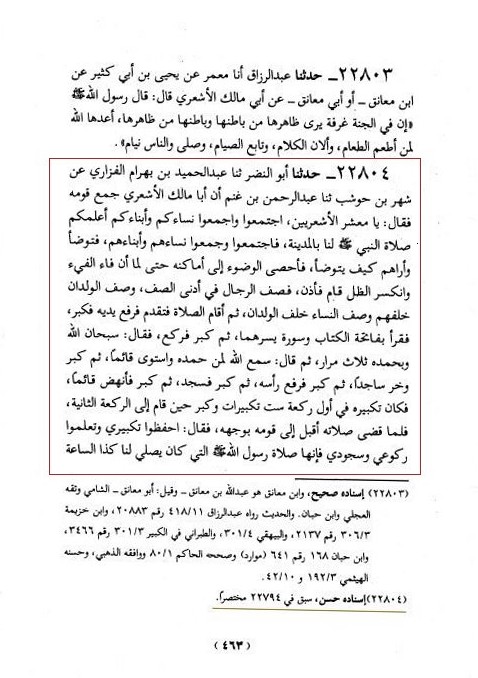