In the court of justice 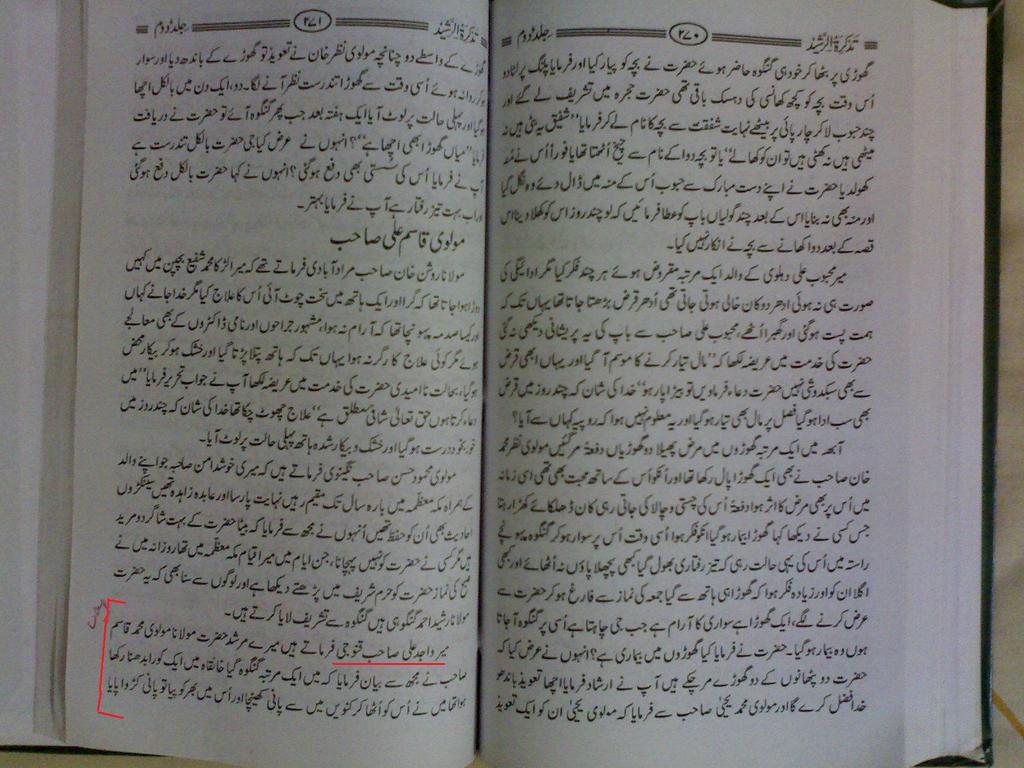 Following points to be noted from this incidence

1.Mawlana Rashid Gangohi found out that earthen pot is made from the soil of a grave. This pot was of course made by some potter and that time Malwna was not there. He still could know the origin of the soil.

2.Mawlana Couls find out what is happeneing to the inhabitant of the grave.

3.Mawlana could find the relation between the bitterness of water and the man in grave.

4 Above all , when the punishment was taken off , Mawlana even came to know this.

1.To think that prophet was given the knowledge of ghyab ( unseen ) is SHIRK( Fawtwa Rashidiya, By same Mawlana Rashid Gangohi)

2. The who thinks that prophet was given the knowledge of the unseen he is a liar and is in kufr. ( Taqwiyatul Iman , Ismaeel Dehalvee)

3 The one who claims that he has the knowledge of the unseen and he can know the things of ghayb ( unseen) then he is a liar ( taqwiyatul Iman , Ismaeel Dehalvee)

4.Prophets, Awliya, Jinn ,shaytan, fairy and ghost do not have any special status in knowing the knowledge of the unseen . ( Taqwiyatul Iman , Ismaael Dehalvee)

5.Any one who says that except Allah , some one else also has knowledge of ‘ ghayb’ ( unseen) ,he is indeed kafir, he should not be made imam of the prayer. No relation should be kept with him ( Fatwa Rashidiya , Vol 2, page 10)

6.when the prophets do not have the knowledge of the unseen, it would not be impermissible to say ‘ ya rasul ALLAH’ ( fatwa rashhidya , vol 2 page 3).

7The prophet being higher than the angle of death does not mean that he knows more than or even equal to angel of death in these ( earthly ) matters.

8.Shaykh Abdul Haq has narrated that prophet was not aware of what is behind the wall ( barahen qatiya)