A couple of days back, one of my friends informed me about the Deobandi propaganda on internet. After fabricating in their own books, now they have started spreading lies on internet! It is a well known fact that Deobandis have made fabrications in many books including, Behasti Zewar ( Heavenly Ornamanets) . I wanted to show the scans of fabrications from this book on this forum, but the deleted content were so objectionable that I decided not to talk about it. The fabrications being carried out in other books were already shown in earlier post. New version of Fazaile Aamaal has changes too. To know about the Deobandi fabrication and mistranslation in hadith books, one must look at the works of Pakistani Shaykh Allama Akhatr Shahjahanpuri (rh), who provided many reference of Deobandi fabrication in his hadith books.

When America wanted to attack Iraq, it spread the lies of weapon of mass destruction and the alleged relation between Al Qaida and Saddam Hussein. The media got carried away by this news and the whole world was talking about Iraq having WMD. Be it news channel or printing media, every one had the same headline of Iraq having WMD. Years later it was confirmed that there is no such WMD in Iraq. This is the era of fourth generation war, where media propaganda is used to change public mentality. The same methodology is adopted by Deobandis who have tried to present the works of their past scholars in a “good looking’ way, alleging that all charges against their scholars are false and an attempt to paint Deobandi scholars in a wrong way.

‘False Allegations against Deobandi Ulama: ANSWERED’. This is a case of broad day light robbery! Deobandis have denied that no such objectionable statement is present, in the books of their Scholar.

This is a short article, with scans, to bring the facts from their own books, which they are denying now! Deobandis have used the term “False Allegation” and then they have provided some clarification on those false allegations. I will quote from Deobandi website first and will provide scans to show that the truth of the matter is something else.

The False Allegation
Rashid Ahmed Gangohi, a founder of Deobandi Movement has the following beliefs:

Why to leave other Deobandi giants? Why do they feel ashamed to tell that this ugly belief was first propagated by their forefather, Ismaeel Dehalvee, who wrote in his Persian Book‘Yek roza”

Here is the scan from Yek Roza , a book in Persian Language , written by Shah Ismail Dehalvee.

The Persian statement is as follows(page 17)

It is possible for Allah to be a liar.If you do not accept this , then Human being’s ability will be considered more than Allah’s ability.

( It means , since Human can lie and if some one thinks Allah cannot lie , then this will mean Allah’s ability is less than Human ability…)
( Maaz Allah) 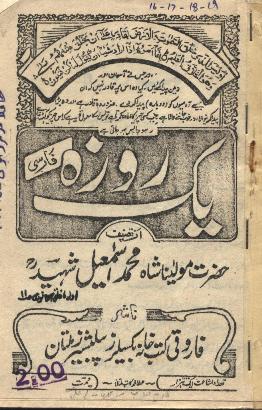 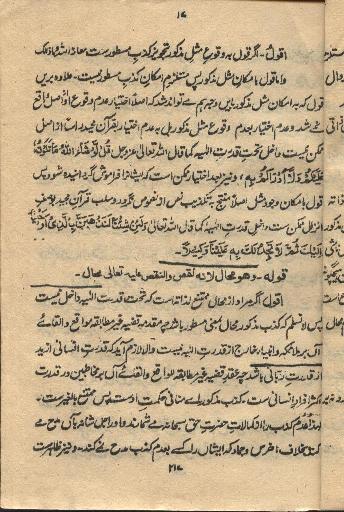 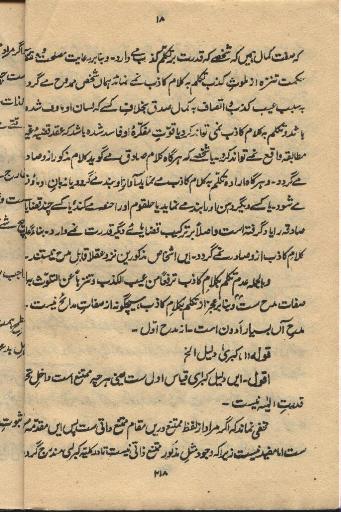 And then the later Deobandi scholars wrote only to defend this claim.

Mawlana Khaleel Ambaithwi writes in his

“This issue of “imkan e kidhb is not a recentl issue, but in past people have discussed whether Khalf e waid ”(Allah can give Paradise to even sinners like Pharoah/ Abu Jahal, going against His own ruling) is possible or not. Hence we find in Durrul Mukhtar it is written Khalf e waid is possible /permissible ( jayaz)or not, and Asharis are in support of it because the Asharis do not consider it as an imperfection , rather they consider it as a Mercy of Allah.”

( Hence in past people said that if Allah gives paradise to a sinner , it will be due to mercy of Allah)

Here we see how Mawlana Khaleel Ambaithvee is bringing a quote from Durrul Mukhtar on Khalf e waid to use it on Imkan e kIdhb.!

More ever people in Past called it as a mercy of Allah and not as a lie of Allah. ( Mawalana Khaleel has himself quoted this ) 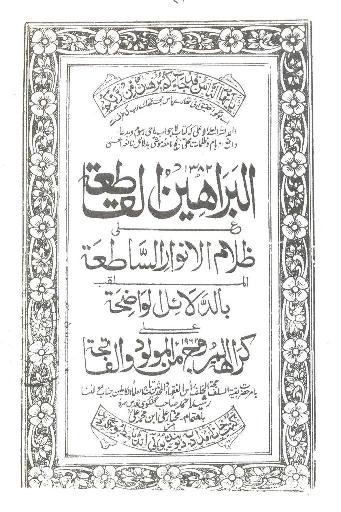 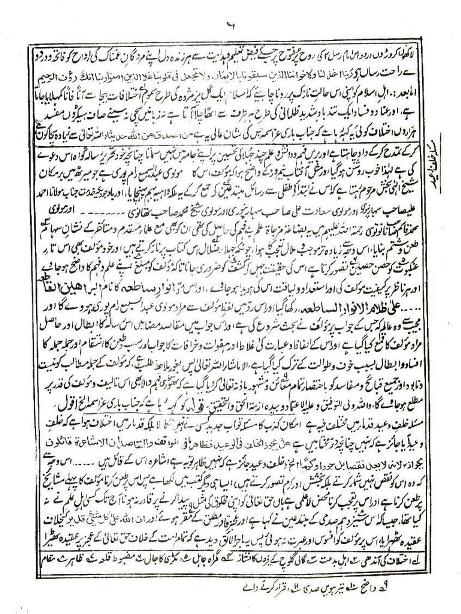 “This is the meaning of Imkaan-e-Kizb (possibility of telling a lie) that Allah Ta`ala has the power of telling lies but this will not happen.” 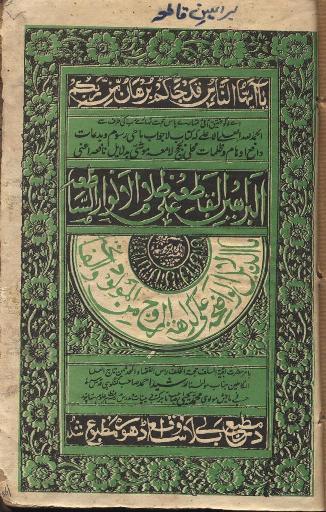 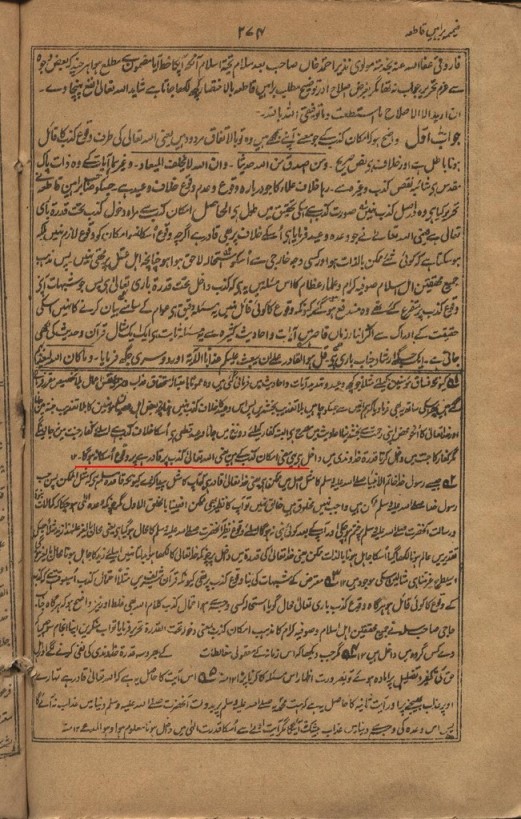 Translation
” Hence , it is now established that to Lie is with in the possibility of Allah subhanahu wa taala” 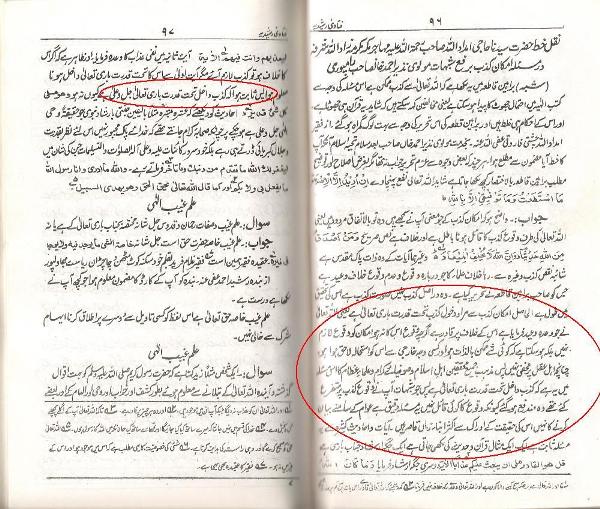 “How can we say that it is out of the power of Allah that , He cannot perform bad acts 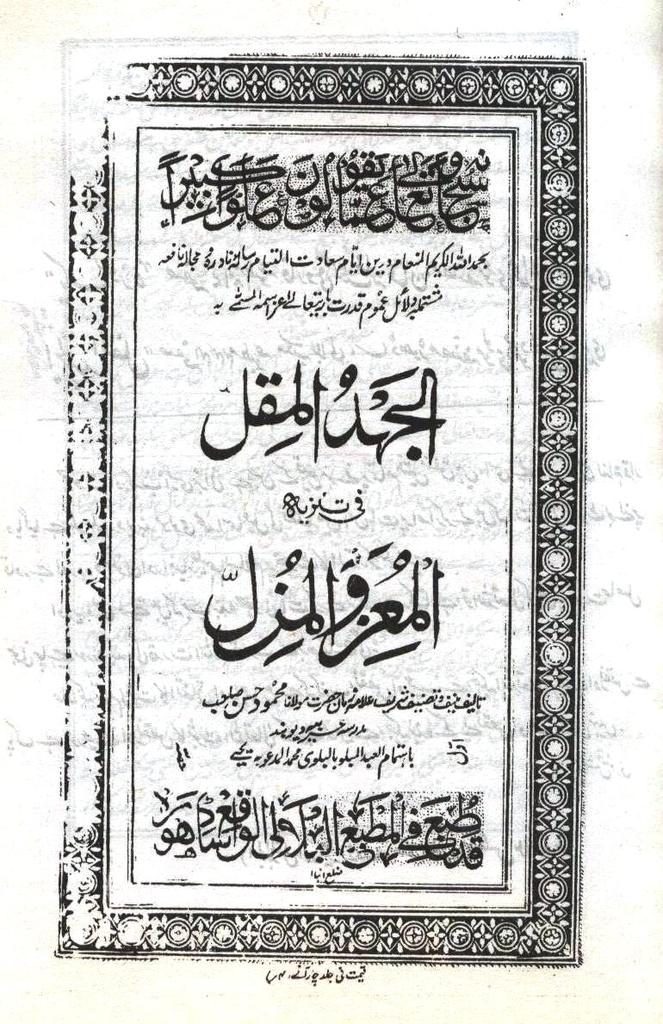