Ashraf Ali Thanvi, a founder member of Deoband says: ‘The Holy Prophet (Sallallaahu Álayhi Wasallam) has an education like that of children, lunatics and animals of every category.’ (Hifzul Imaan pg. 7)

The Truth
The view of Hadhrat Moulana Ashraf Ali Thanvi is that: Hadhrat Moulana was asked, ‘Did you in Hifzul Imaan or any other book write anything directly or indirectly comparing the education of Rasulullah (Sallallaahu Álayhi Wasallam) to that of children, lunatics and animals? If not then what is your ruling regarding a person who holds such a belief?’ In reply to that Moulana states, ‘Let alone writing such falsehood and filth, my heart had never even perceived such falsehood and verily if anyone holds such a belief he is out of the fold of Islam.’ (Faisal-e-Khusoomat pg. 21

Is this not a BIG lie? I have not seen any lie like this on any website. Shias are known for providing false reference after their claim. But here Deobandis have surpassed shias!

I fall short of words to express my amazement on this lie. The very statement is present in Hifzaul Iman (page 7) and our Deobandi friend says that Mawlana Asharf ali thanvee was asked this question and he said” this belief is kufr”!! 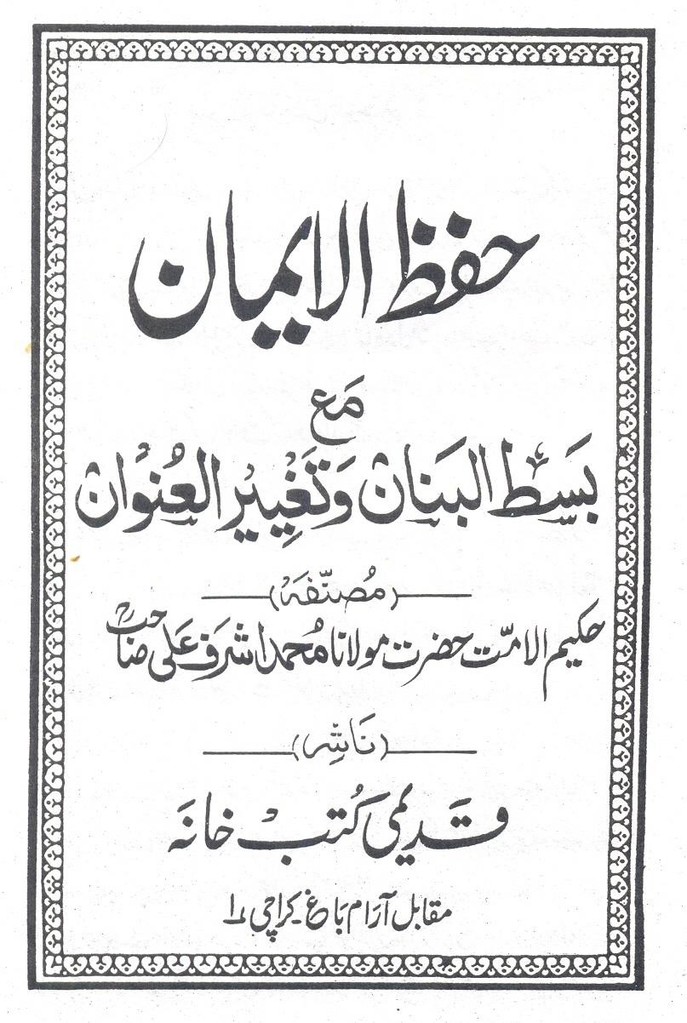 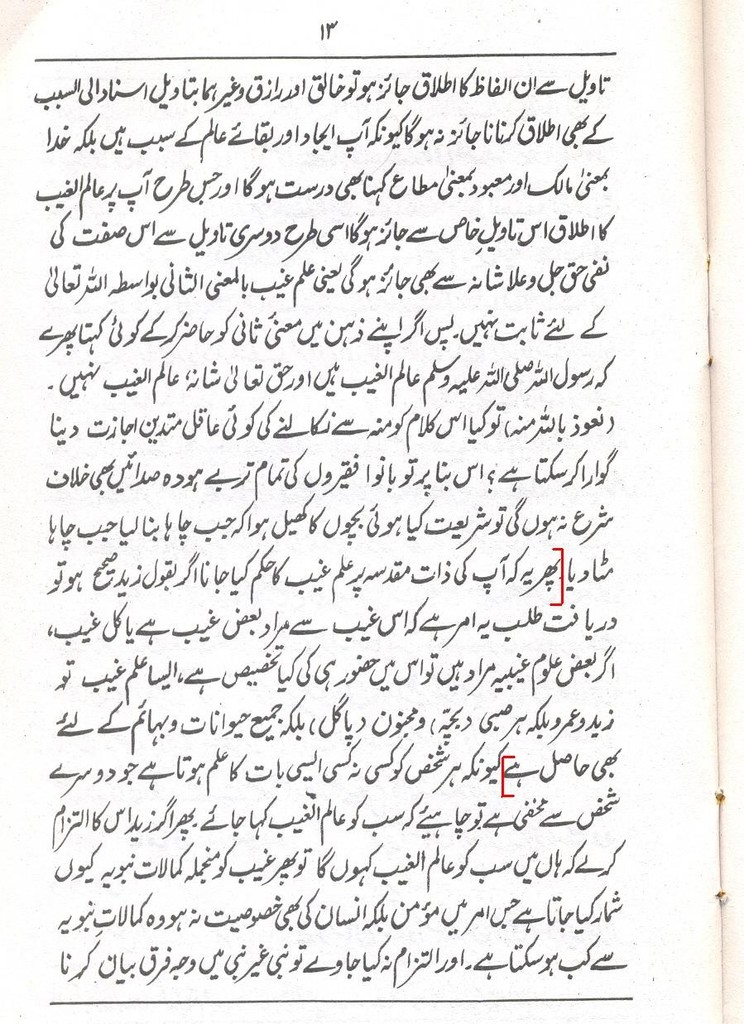 I now ask , are not these websites claiming to propagate the knowledge of Islam?
Isn’t lying a big sin in Islam? Then why are they lying?

To think of Rasulullah (Sallallaahu Álayhi Wasallam) in Salaat is worse than thinking of cows and donkeys. (Siraate Mustaqeem pg. 150)

If we have a number line on which lies can be graded then I will give this lie infinity grade! Which ever Deobandi website has this article , what did they think? That no one will ever notice these lies? Or that they will notice but will not reply?

The above statement is present in the book . Please see this scan. 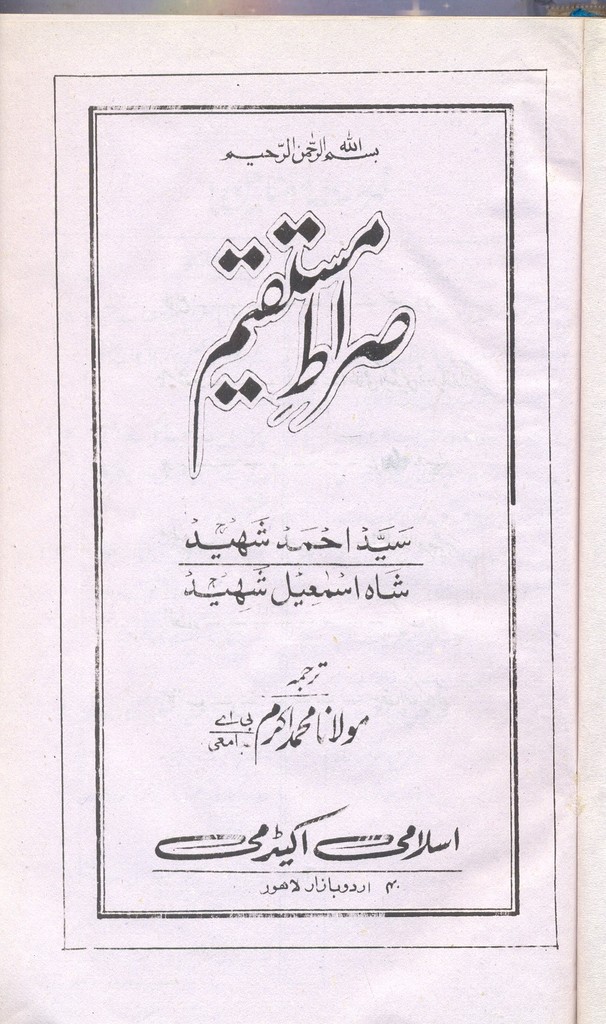 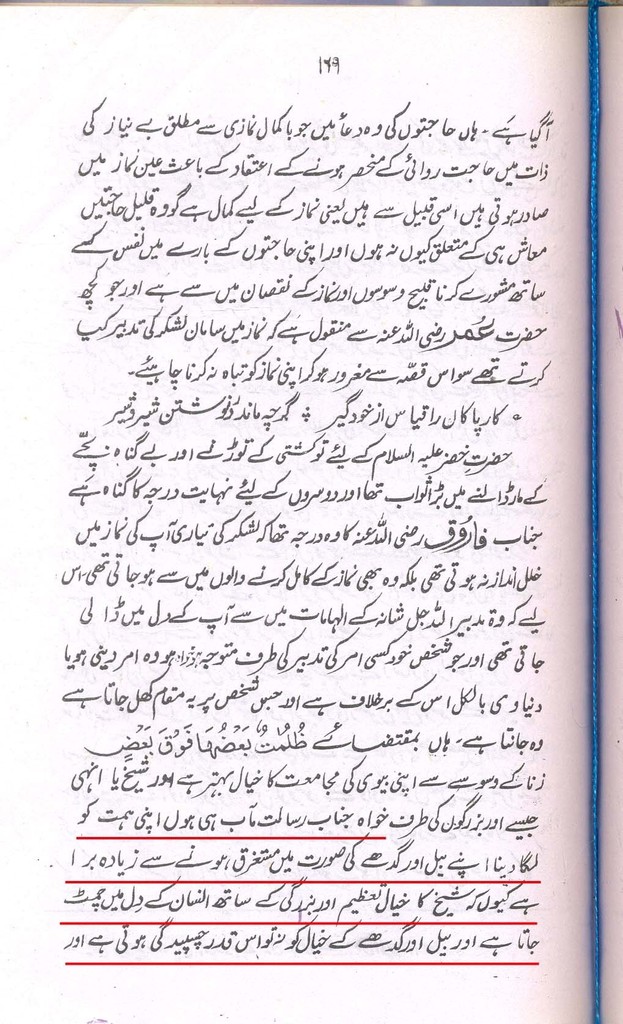 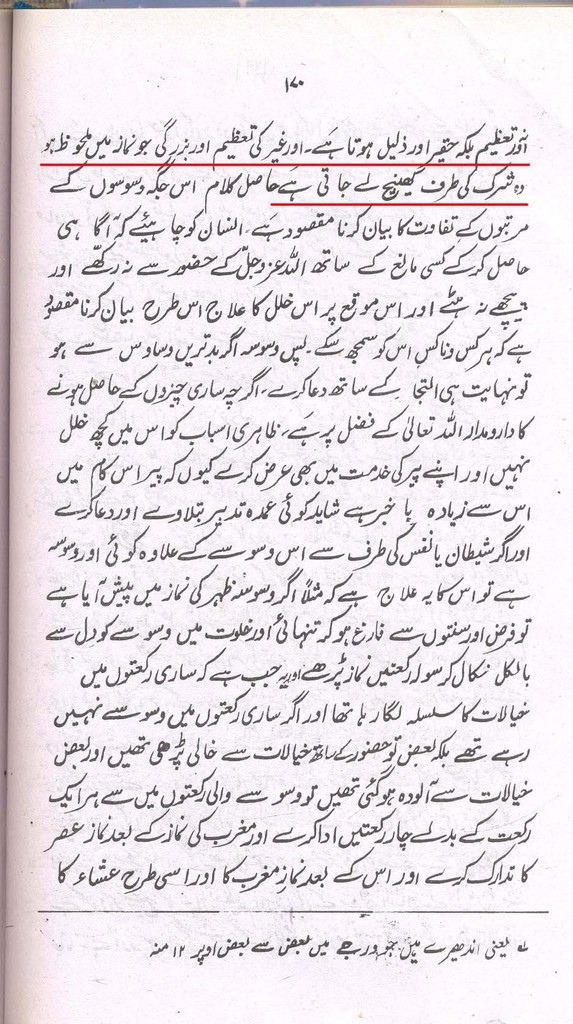 Deobandis says that “cow, ox , horse” are animals and if some one gets thought of these animals during salah then one will automatically try to leave this thought , as they are ‘dirty animals” and one will once again concentrate towards Allah. However, if some one gets a thought of prophet , during salah, then due to love of prophet one will continue to indulge in that thought and will no longer concentrate towards Allah,hence his salah will not be perfect.

Any one who makes this Tawil ( interpretation) of their ‘shaheed” sahab’s writing has definitely not read the urdu wordings in the statement.

Islami Dehalvee sahab says the thought is ‘worse than” ( zyada bura) than the thought of Ox and cow.

A person recites ” la ilaha il allah ashraf ali thanvee rasul allah’ in his dream and that is alright for deobandis . The tawil being a hadith in which a man was so happy that he saidz’ I am lord and He is my creation” and prophet smiled. Deobandis use this hadith to justify that ‘dream’, but the justification won’t work. That is for someother time Insha Allah.

So the truth is , Deobandis make tawil only to support their scholars statement. But all these tawil has been refuted , because these comments were made in Urdu or Farsi language and Ahlus sunnah scholars have shown with the use of language skills that no tawil can be made here as per the rules of Urdu and Persian language.

“ Lack of concentration in Salaat is an old problem. But it is my experience that whenever I imagined you in Salaat the problem of concentration vanished only for a short while though. Nevertheless, please advice me if this action is correct , if it is not, then I shall be careful in future’
( Hakimul Ummat, page 54)

This was the personal question of Mawlana Abdul Majid, now listen to the answer of Mawlana Thanvee

I will leave the judgment on the respected reader. Fear Allah and keep in mind , on that day when the Sun will be so down that everyone of us will be sweating, when every one of us will be running from one prophet to another , that day , Sayyedul Anmbiya, will intercede for us.

May Allah give the love of His beloved prophet in the hearts of all the muslims and may we all die in this state of love. Ameen.