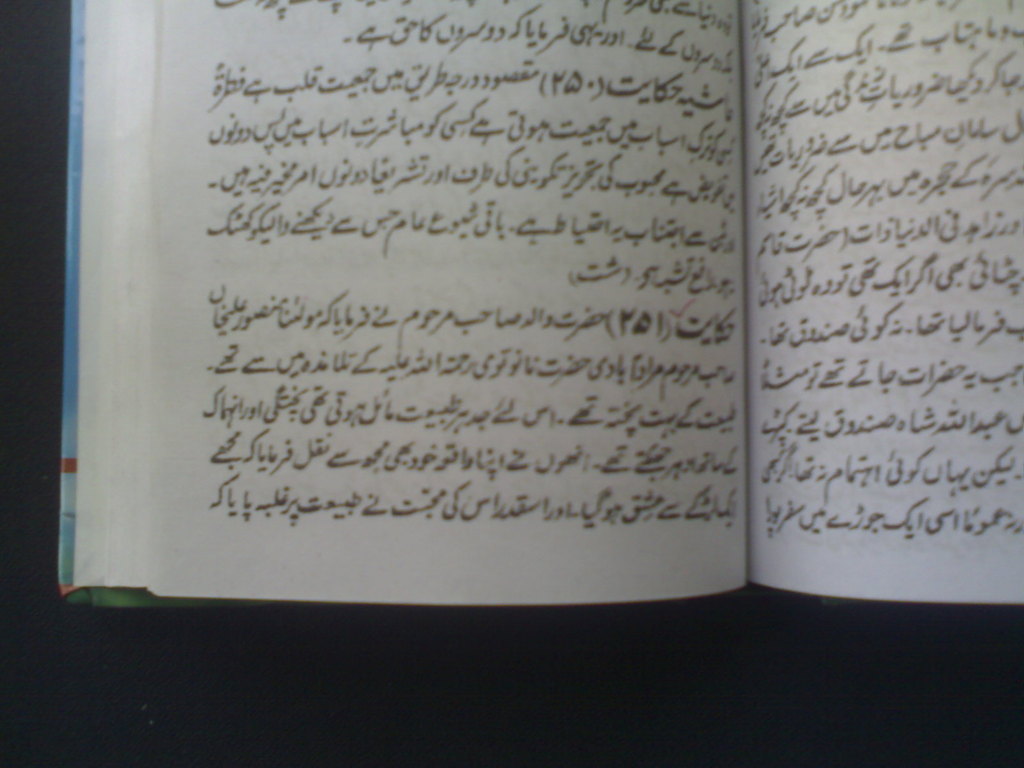 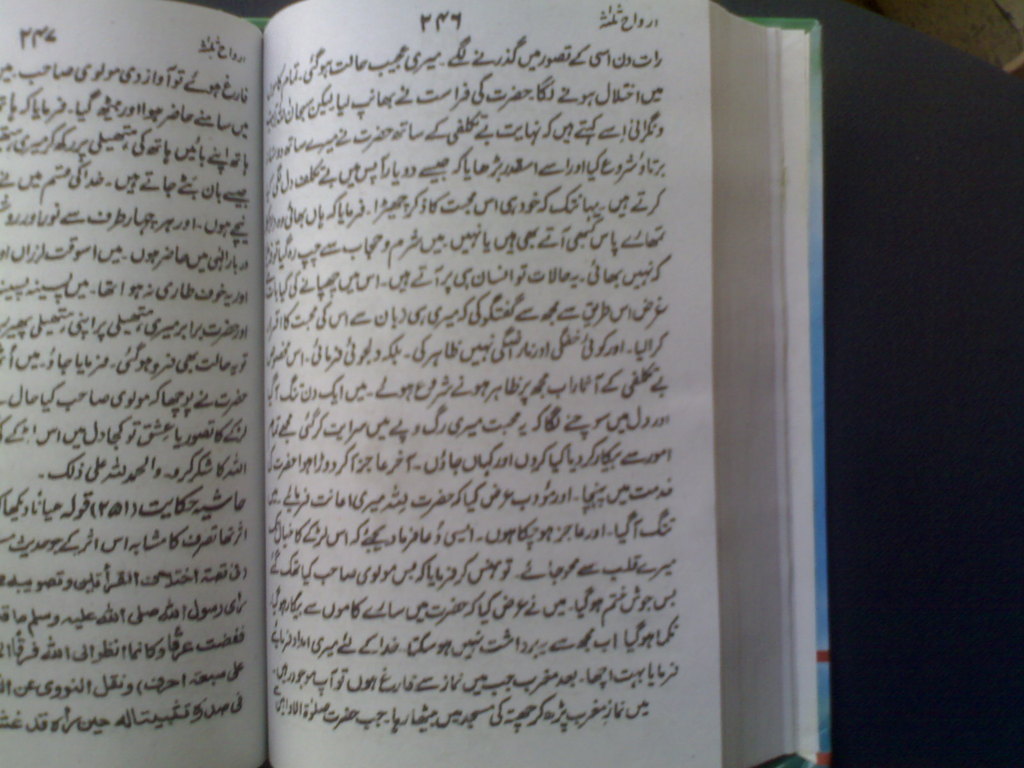 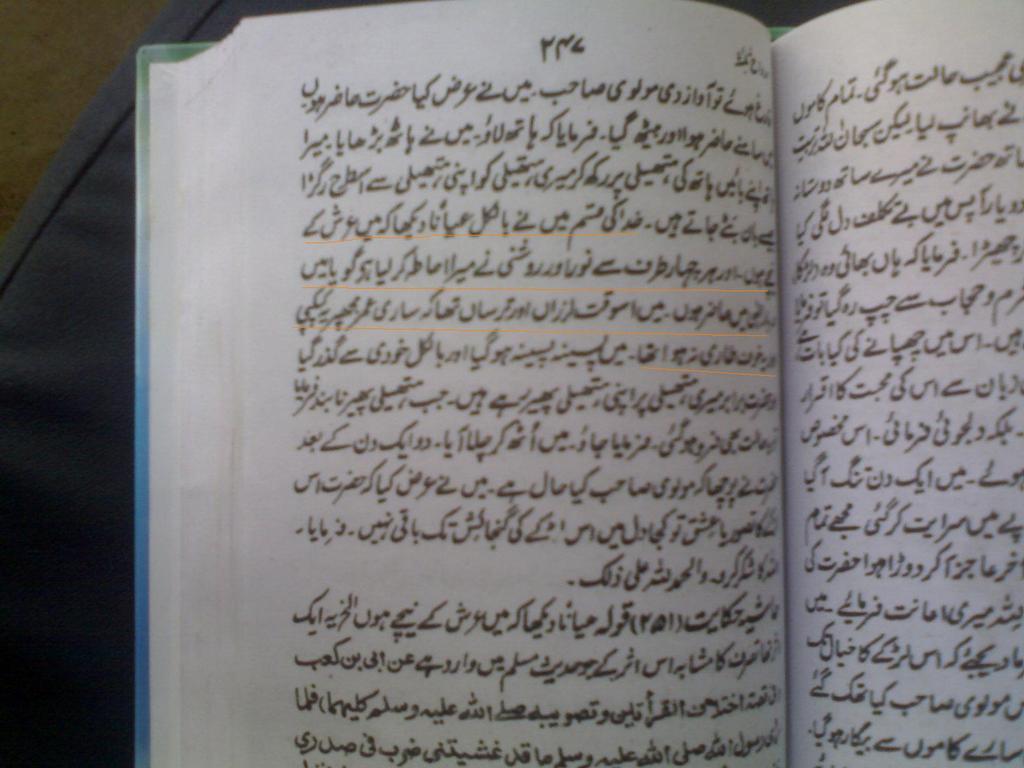 Arwahe Salasa has an incidence where in Mawlna Mansoor Ali khan , one of the disciple of Mawlana Qasim Nanotvee, narrates his problem.

“I fell in love with a boy and was so much gripped in his love, that day and night I was lost in his thought. My condition became bad and could not concentrate in my work. Hazrat ( Mawlana Qasim Nanotvee) came to know this through his wisdom . Subhan Allah , this is called ‘training and guidance’ that Mawlana became informal with me and treated me like his friend and asked me “ does he ( the young boy) comes to you”. I was shy and did not speak anything. Mawlana said “brother, this type of situation occurs on Human being, there is no need to hide. Mawlana talked to me in such a nice manner that I admitted my love (for the young boy) and Mawlana did not become angry.

The story continues
“ When my situation went out of control and I was lost in the love of that young boy then I decided to appear in front of Mawlana Qasim Nanotvee and said” Hazrat! For the sake of Allah, help me. I am fed up from this Please make a dua that the love of this young boy goes away from my heart. Mawlana ( Qasim Nanotvee) smiled and said” Was that all ? Are you tired, lost your spirit? I replied’ Hazrat I am of no use now. Please help me. Hazrat replied” Alright. Be there after I finish my Maghrib salaah’.

NOW LISTEN TO THE STORY AFTER SALAH, WHICH THIS LOVE STRUK PATIENT NARRATES

“ I remain seated in the ‘chatta masjid ( name of masjid) after completing my salah. When Hazrat ( Qasim Nanotvee) was free after completing his ‘salatul awwabeen ( salah recited after maghrib ) , he called’ Mawlana sahab” ? I said” I am here” and went in front of him. Hazrat ( Mawlana Qasim Nanotvee) took my hand and placed it in his left palm and rubbed it. I swear Allah, I saw with my open eyes that I am under Arsh and light and brightness has encompassed me, as if am in presence of Allah ‘! And I lost all love and inclination towards that young boy.

Analysis of the whole episode.

The unveiling of the Arsh and transferring his student from Farsh ( earth) to Arsh was done by Mawalan Rashid Ahmed in such an easy way , as if some one is going for a picnic. The moment Mawlana Rashid Ahmed rubbed his palm , the love stricken patient could see colors and light around himself! This is the same place where no one has reached except sayyedul Anmbiya ( sal allahu alaihi wa sallam) .

But reagarding prophet( sal allahu alaihi wa sallam) the Deobandi belief is that he did not know more than animals , lunatics , satan , angels of death and any tom , dick and harry!

Mawlana Qasim Nanotvee rubs his magical hand on his student and send him to Arsh ! All his problem solved !

Bur regarding prophet , Deobandi aqidah is , if any one thinks that prophet had the knowledge of the unseen ( ghayb) ( given to him by Allah ), then this is SHIRK!

This is the real face of Deobandism!

READ THIS UNTOLD AND HIDDEN STORY FROM DEOBANDI BOOK” ARWAHE SALASA”!!
This is the book which Deobandis use for wisdom and inspiration!!

Mawlana Habiburrehman narrates that once there was a gathering in Gangoh Khankah .( Gangoh is a town in India and Khankha is the place where scholars used to say in Olden days). Hazrat ( Rashid Ahmed ) and Hazrat ( Qasim Nanotvee) were also present in the gathering. Hazrat Rashid Ahmed gangohi said to Hazrat Qasim Nanotvee in a very sweet way “lay down here for a while ‘ ( YAHAN ZARA LAET JAO) . 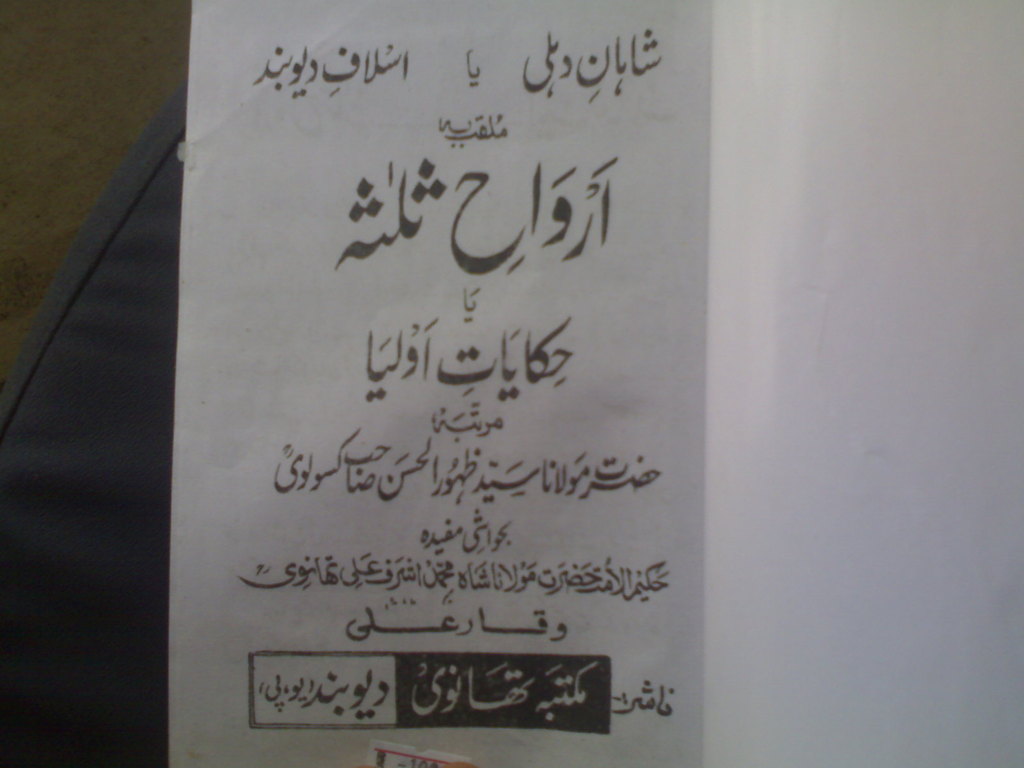 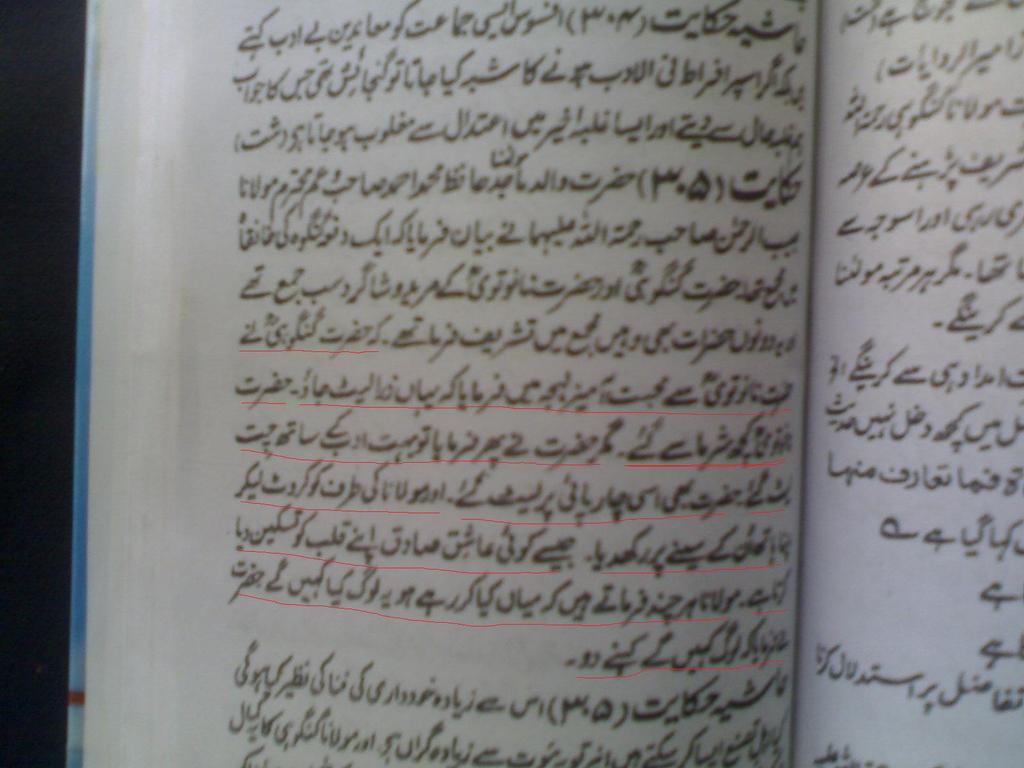 ANALYSIS OF THE EPISODE.

Urdu readers can read the original scan to enjoy the depth of words. I could not do justice in translating this scan. It is full with ….. Take a print out and ask any deobandi to translate for any one of you , who wants to see how deobandis are unaware of the ‘hidden acts” of their ‘akabir ulema”!

If you read the incidence carefully , you can see in the beginning , Mawlana Qasim nanotvee had the attitude of respect towards Mawala Rashid Ahmed, but in the due course of action he became so close that he said MIAN KYA KAR RAHEY HO!1
( mian what are you doing) . When “ mian” is used in this usage it is only used for close friends ! Mian is like” buddy’ ,, so the translation will ,, “ Buddy , what are you doing”?

And just to remind you , you were reading an incidence from an authentic DEOBANDI BOOK which is used for training and guidance!

There are the 2 greatest scholars of deoband!

Mawlana Rashid Ahmed said , if any muslim thinks that Prophet had the knowledge of the unseen ( given to him by Allah) then he become a MUSHRIK!

“Prophets are higher and better than their followers( Ummati) only in knowledge. When it comes to good deeds, the ummati( followers) attain the equal status of prophets and some times they go above them “

Both the statements contradict quran and is a clear Kufr.

You can see these 2 scholars ,who attacked our prophet, what sort of “morality they had”.

Punishment of homosexuality is death in Islam.

A very pious and religious man had this “ Kashf” that Hazrat Ayesha (Rd) is going to visit my house . This pious man informed me about his ‘kashf”. My mind gave me this answer that I am also going to get a young aged girl in marriage because when prophet married Ayesha Rd , he was above fifty and she was of very less age.

The wives of the prophet ( sal Allahu alaihi wa sallam) is the mother of all the believers .
No muslim will even think of such dirty interpretation of kashf or dream.
But Deobandis consider prophet as ‘elder brother” and they say prophet should be given only as much respect as it is given to an elder brother.

What is the result?

We can see this dirty interpretation in which he uses the word” KAMSIN AURAT HAAT AAYEGEE” which will transate into” I will get hold of a young/ virgin woman”. 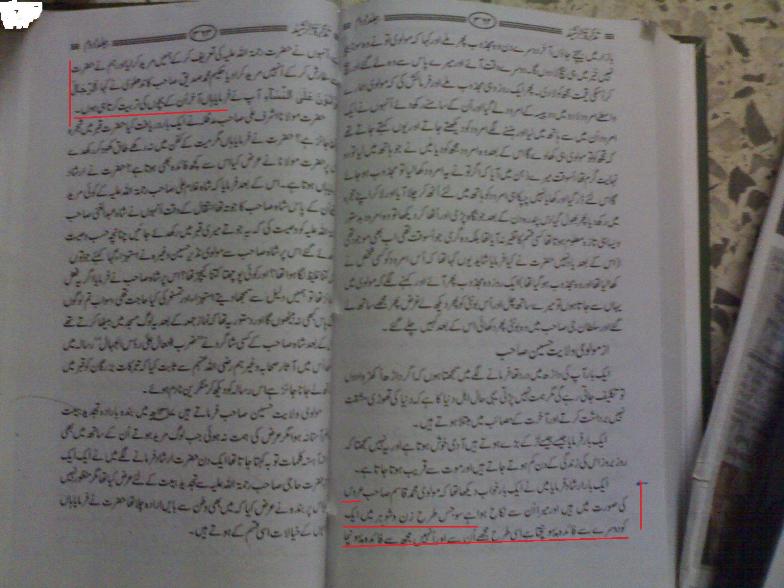