Mawlana Shibli Nomani ( Died 1332 AH )( 1857-1914) was among one of the founders of Nadwatul Ulema , India. ( An Islamic institute in India). After its formation, due to some differences among students and teachers , the students went on strike. After discussing this situation, Mawlana Shibli Nomani writes:

“ During this situation( of strike), it was the time of Mawlid Sherif and the students wanted to celeberate Mawlid sheriff as they have always been celeberating it ( Urdu : Jaisa hamesha ka mamool tha). But it was feared ( by the opposite group) that I will make a speech on this occasion, so they were stopped from celeberating Mawlid sheriff and this continued for three days. These people were told that if Mawlid celeberation is stopped then this will lead to confusion/ anger/ division among the inhabitants of the city. Finally , the decision to celeberate Mawlid was given with some restrictions.
( Maqalate Shibli , VoL 6, PAGE 131 , Old Printed edition, Azamgarh) 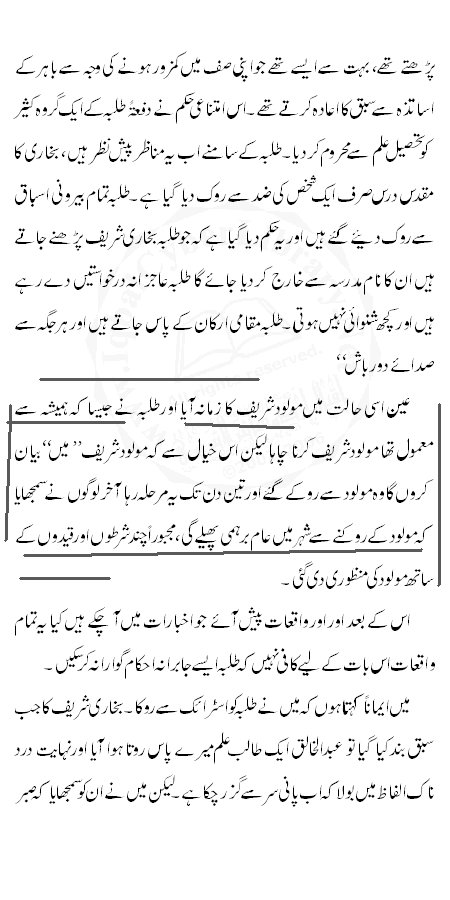