Long back , when the fight between Deobandis and Jamat e Islami ( Mawdoodi group) was on rise, a few of the members of the Jamat e Islami group took a passage from the book” TASFIYATUL AQAID” of Mawlana Qasim Nanotvee and sent it to Darul Uloom Deoband, asking them if this constitutes Kufr.

They did not inform that it has been taken from their own” akabir’s” book. So the scholars of Darul uloom deoband did not know that this passage is from Mawlana Qasim Nanotvee’s book.

The Muftis of Darul Uloom took no time for investigation and issued the fatwa of Kufr .

Kindly see the Blue underlined part of the fatwa . It says:

“The person having this type of aqida is kafir. Unless he does tajdeed e iman and tajdeed e nikah , no relationship should be kept with him”.

Later, when Jamat e Islami revealed that this was taken from Mawlana Qasim Nanotvee’s book” TASFIYATUL AQAID, Darul uloom deoband was in shock!
By mistake they had issued fatwa of Kufr against their founder !

Later Mawlana Aamir Uthmani al Deobandi wrote a book ” jamat e islami aur deoband ki ikhtekef ke haqiqat” in which he reproduced this fatwa with excuses like” the muftis were tired and busy, so they could not concentrate etc.. 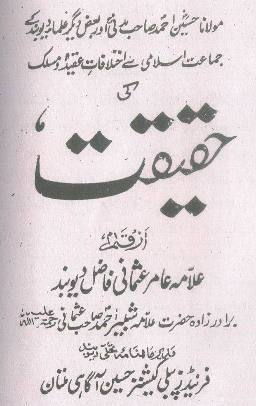 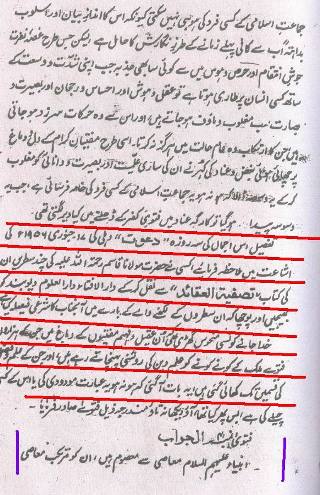 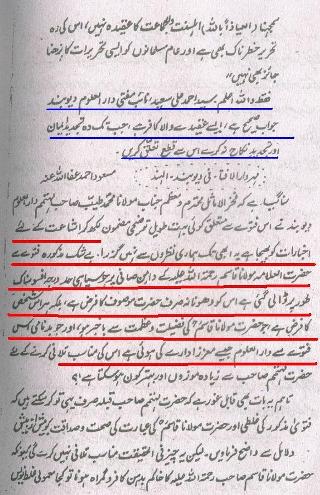 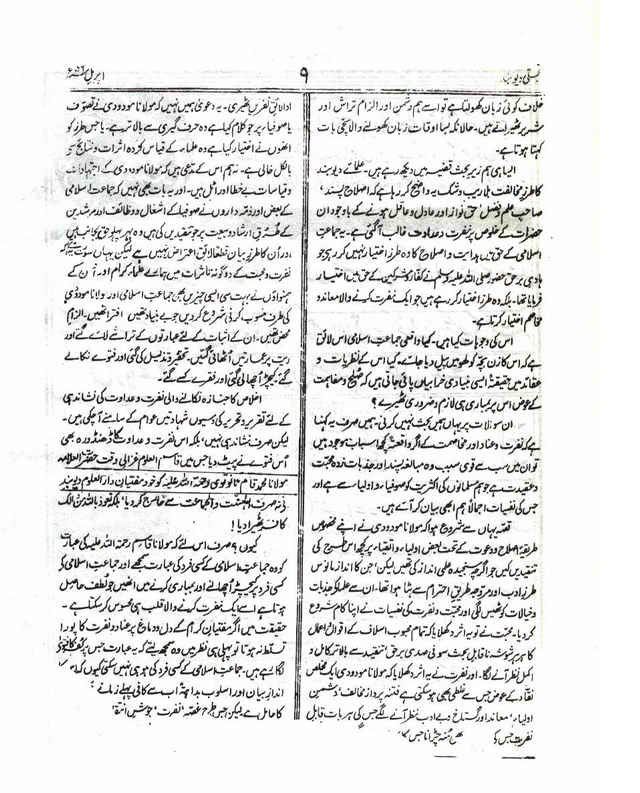