Imam-i Rabbani Mujaddid-i-Alf-i Thani Shaykh Ahmed Sirhindi (rah), popularly known as Imam-i-Rabbani among sunni muslims ( Ahle Sunnah Wal Jammah )[ Died 1034 Ah] was a great Sufi Shaykh of the Naqshbandi order and a follower of Hanafi school of Fiqh. The followers of his branch have now come to be known as Naqshbandi-Mujadidi.

He writes in his Maktub [Persian , daftar awwal , hissa panjam, Urdu, Vol 2, letter no 273 which is addressed to Mirza Husamuddeen Ahmed] :

“since this thing is not done in our tariqa [ Nqashbandi ] so I do not do it and since it is practiced by mashaykh of other silsila, I do not deny it also” ..

Please note here the prohibition is about sama and raqs and not the mawlid, since mawlid is not something to specific to any sufi tariqah but rather something found in all.

It should be noted that, Khwaja Khurd (rah) who was the son and khalifah of Baqi Billah (rah) himself used to celeberate “urs” and evidence for other Naqshbandi Shaykhs celebrating Mawlid and Urs can be found here:

“And then you have asked concerning Mawlid. “

“What harm is there in reciting quran, naa’t [ song in praise of prophet] and manqabat [ song praising Awaliya Allah] in beautiful voice . WHAT IS PROPHIBITED IS to change the words/ pronunciation of Quran , to recite quran as if some one is singing a song and to clap which is not allowed even in the sessions of Poetry”

“If Mawlid is done in this manner that no mistake in quran recitation occurs and no mistake and careless ness occur in reciting qasida, then what is the harm in it ? My friend, strict measure is to be taken to close the door [ of careless ness] , otherwise there is a famous saying that small things results in big matter”

Some people have misunderstood the extract shown above by attributing part of the reply by Imam – i – Rabbani as being a part of the question that was asked. It can be seen that Imam-i-Rabbani is replying to the question which was asked to him in a letter which he received. That is why he mentions in his answer “WHAT IS PROPHIBITED IS……”

So basically Imam-i-Rabbani has nothing against the mawlid. The above is the full response of Imam-i-Rabbani (rah) and this can be seen from the scans. 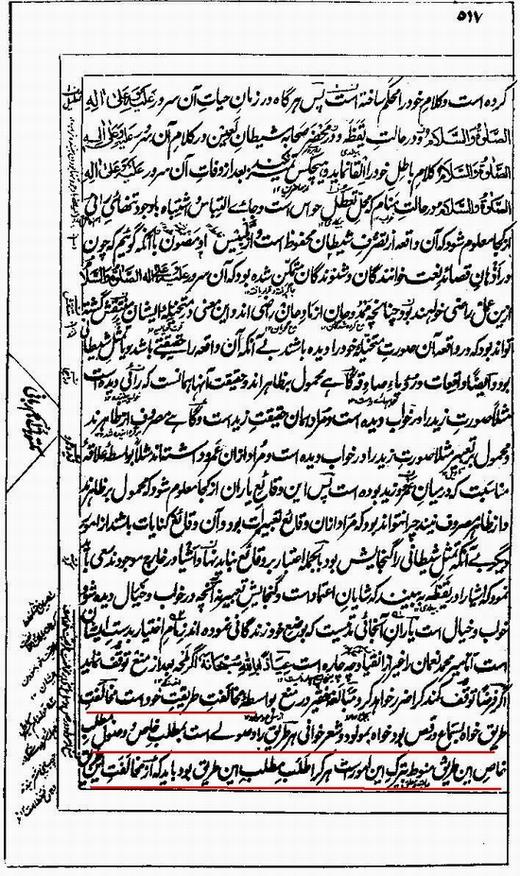 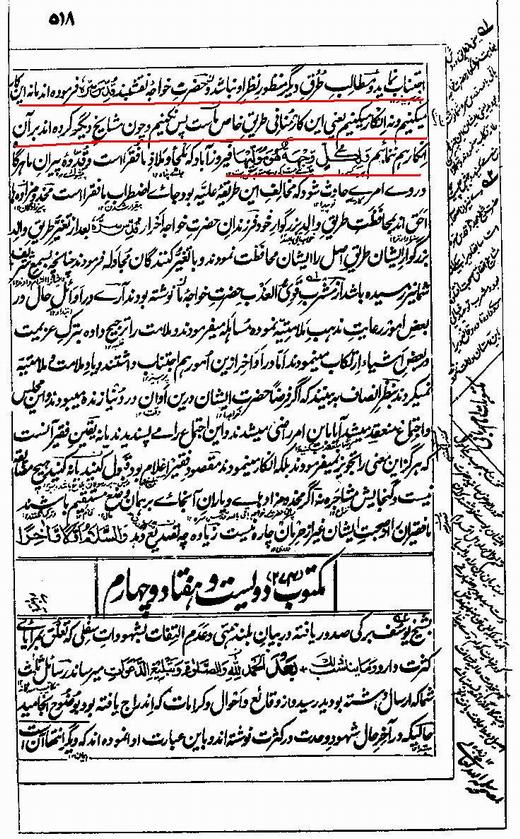 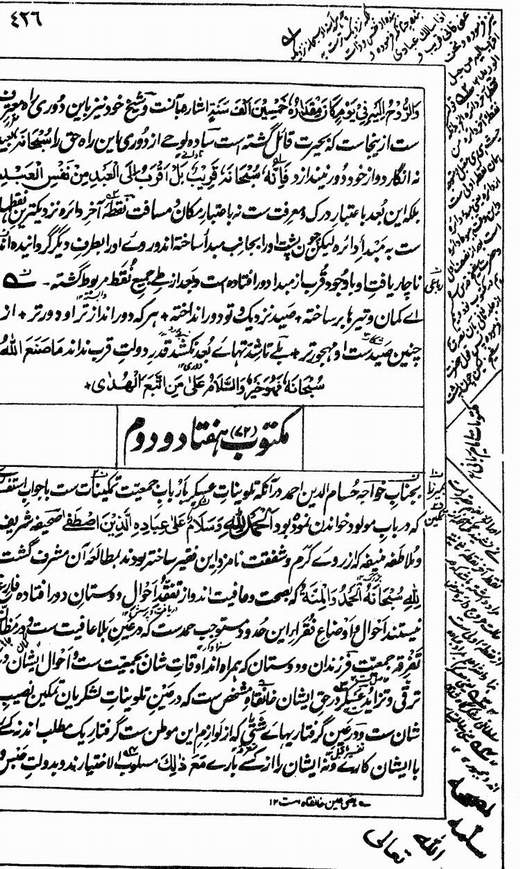